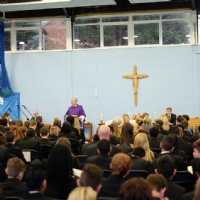 On Thursday, November 26th, Stuart Bathurst held a Memorial Mass for former student Joel Richards and his uncle Adrian Evans and Grandfather Pat Evans who died in the terrorist attack in Tunisia in June. It was a whole school Mass where all students and Joel’s family came together in the sports hall.

The students held such respect and prayerful silence in the minutes leading up to the opening statements: Headteacher, Mr. Harris, and one of Joel’s former teachers; Mr. McGlynn, shared fond memories of Joel, affirmed his good values and invited everyone to take part in the Mass fully and to celebrate the lives of these three men.  We were also blessed to have the year 5’s from St Mary’s Catholic Primary School come into the Mass and sing for us. Joel Richards, 2 weeks prior to his passing, worked with these students, teaching them a song of praise. The Year 5’s were so confident and sounded beautiful. You could really tell they missed Joel and were grateful for his volunteer work with them.

Fr Anton celebrated the Eucharist with support from the Music and Dance Department who assisted in creating a prayerful and Joyful atmosphere in the Liturgy. Joel’s family were touched by the Liturgy, as was the whole school.  We have named our sports hall after Joel, and created a prayer bench that has his name inscribed on it that was blessed by Fr Anton after the Mass, it now sits in our Peace Garden.
Miss Fradd, Chaplain 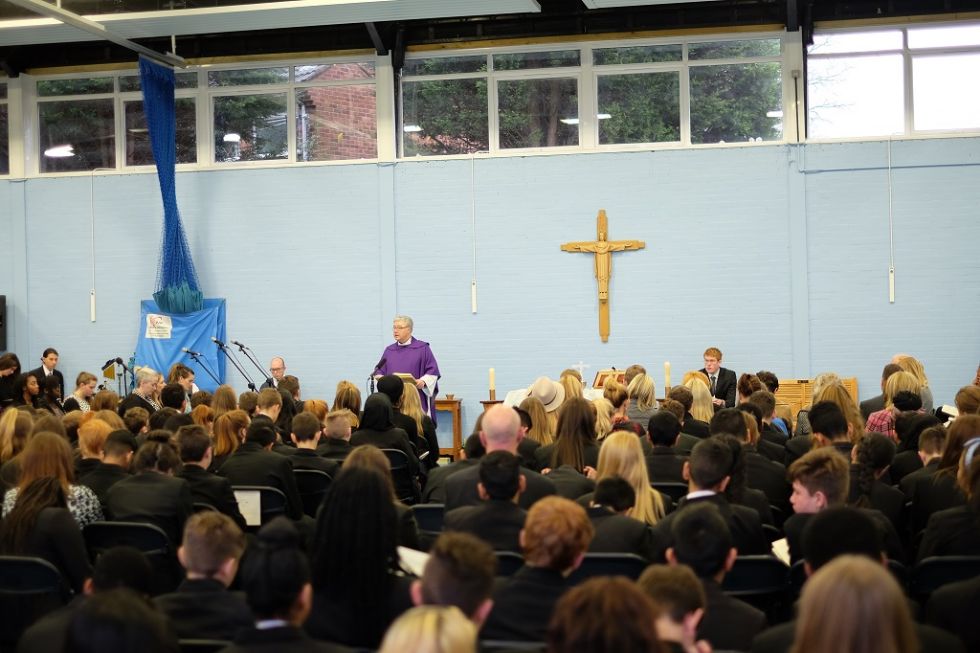 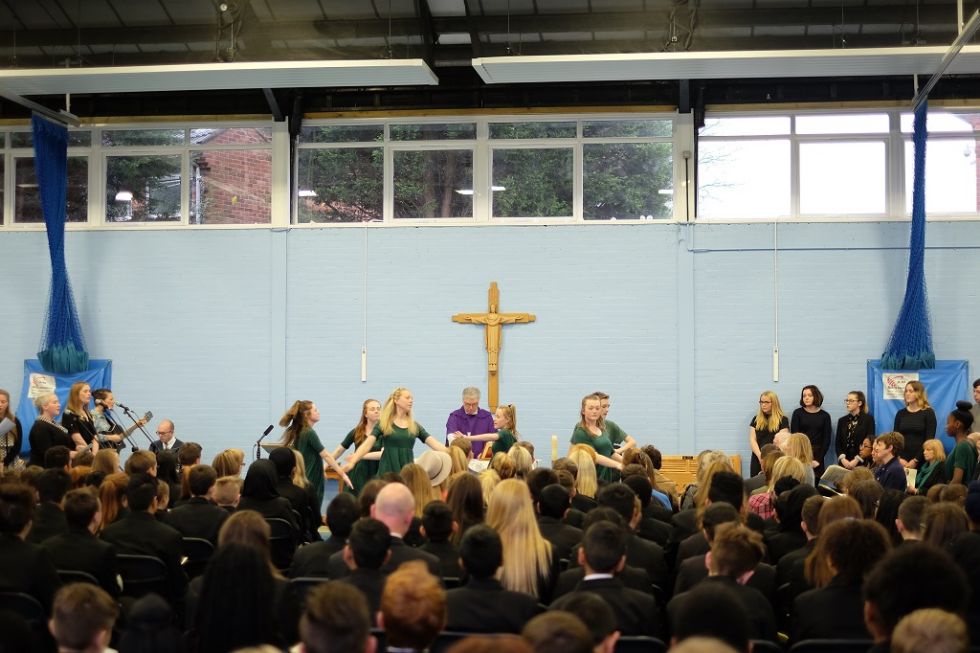 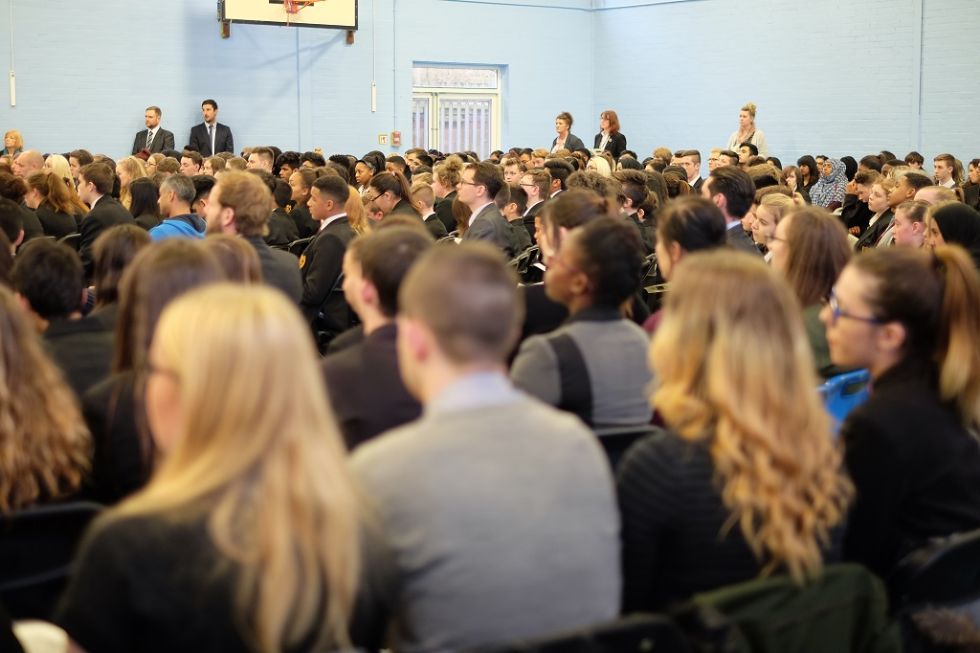 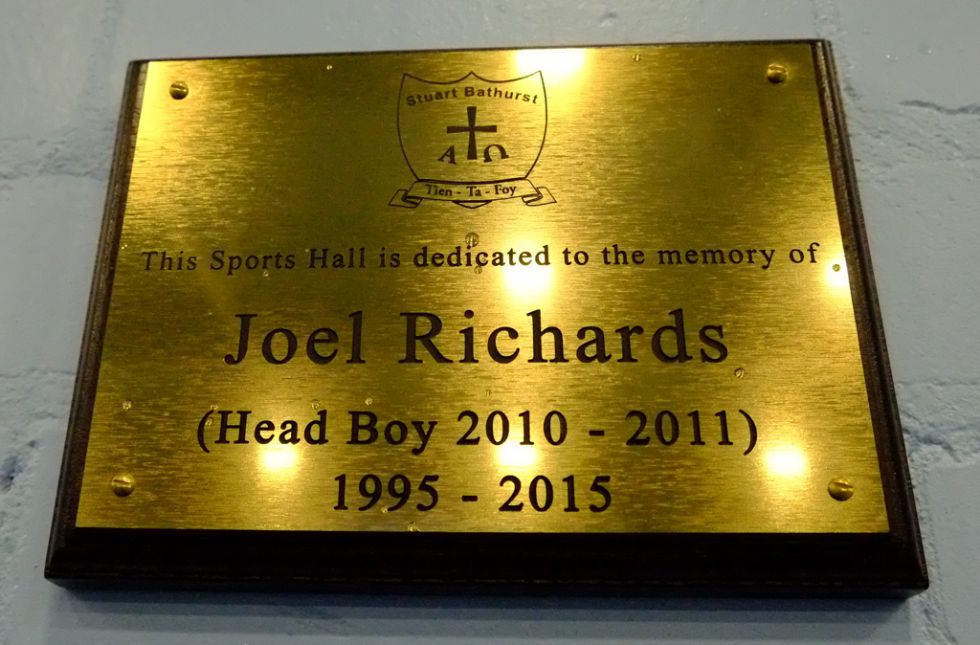